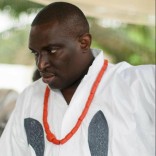 I have followed your interest in Africa (especially my home country Nigeria) initially with some amusement, which rapidly evolved, into concern and trepidation, now with resignation. You have come to stay and we must deal with you even if we do not like to do so.

I read the article on your recent foray into the online business in Nigeria and a certain quote by your founder caught my attention, “I don’t build boats, I build aircraft carriers,”

We in Africa and especially Nigeria are no strangers to boats from Europe and as a Benin Man who remembers the British punitive expedition that led to the great Benin Massacre in 1897, we also know the difference between merchant ships, slave ships and war boats. Aircraft carriers are a different breed as their presence on our coasts can only mean one thing – war.

We do not understand why you would want to be at war with us as we are not the enemy. We expected you to come like the missionaries with the guise of evangelization before springing the surprise of colonization and amalgamation upon us. We shall pretend we did not hear that quote and will pretend that you are here bringing good tidings like missionaries or ready to trade like the merchants.

Just as the missionaries built hospitals and churches, merchants built roads and infrastructure that probably are still the only civil infrastructure present in many parts of Africa today, we invite you to also help us build our Internet infrastructure. The colonial-era infrastructure not only helped trade and evangelization, it became the foundation for modern infrastructure we all benefit from till today.

In Nigeria we claim to have 40 million people on the Internet but figures from Facebook and other sources make that doubtful. What is however not in question is the need for better Internet. Mainone Cable and others have accomplished the difficult task of bringing submarine cables and wholesale Internet (to the same shores where you have landed) but the last-mile seems to be a very difficult hurdle to cross. Eric Schmidt of Google already knows about this problem, as Google is supposed to be very “bullish” on Nigeria’s prospects.

SEE ALSO – Xenophobia vs. Protectionism: How should local Nigerian startups compete with ‘foreigners’?

Yes this business does not fit your normal business model but indulge us a bit. All your businesses in Nigeria and Africa depend on Internet ubiquity and we know that you came to Nigeria first before Kenya and others because of the sheer numbers. While we may have the population and Internet usage growth figures are mind blowing, really stupendous growth will be seen when we start measuring bandwidth in “Mega” rather than “Kilo” units. This can only help your numerous businesses to grow. The real “Boom Time” is still far away.

We need to be able to use smart phones and devices capable of accessing richer content as feature phones will not help your business. If you need help in getting into the last mile business, just ask Millicom to buy out an existing ISP and also use that as a beachhead into Nigeria’s telecoms space. Current Nigerian ISPs are fat and lazy, they have not innovated since the ISP revolution was launched by Infoweb and Linkserve almost two decades ago. They deserve to be disrupted. The existing telcos are also not your foes, they are your friends as they will only benefit from more data usage all round. Whatsapp bundles alone will not save them.

Once again, we are all part of an ecosystem that needs to evolve and we are not enemies. We implore you to beat your swords into ploughshares to till the land and yield a bountiful harvest or in your case convert your “aircraft carriers” to fishing trawlers. There is enough for all of us if we can see beyond the myopia of tech blogs. Signed Concerned Nigerian Techie

I visited Nigeria in October after I wrote this post and Internet bandwidth seems to have improved considerably. With a 14MBps Swift LTE connection, I was not only able to work properly but also catch up with my favorite TV shows on Hulu.

We may all also have heard the news of MTN’s recent investment in Rocket’s African Internet Holdings. While I do not claim that my post had anything to do with it, however it is a welcome development.

Dear Rocket… Please Save Nigerian Internet From Itself was first published on Victor Asemota’s Medium and blog. He updated the post for Tech Africa.. 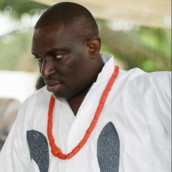 Xenophobia vs. Protectionism: How should local Nigerian startups compete with ‘foreigners’?