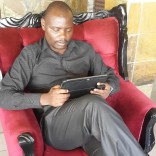 X: What do you do? (Asking the question but expect to hear that you work for Safaricom, EABL, P&G, NMG and others)

Y: I do business, I run a tech Start-up? (Not with the answer expected but he has no idea and feel great about himself. Want to be a millionaire just like Mark Zuckerberg, Steve Job’s Biography is his bible)

X: Ooh how is it doing? (He/she is surprised and curious at the same time …and that will lead to one very important question)

Y: It is doing great, and I expect a better year (Still thinking they are on the same wavelength…..)

X: How much do you make from the business and do you do it full time? (Here comes the money part. In the eyes of most Kenyans until you can declare that you make a substantial amount of money you wouldn’t look important. Plus people will not see why you are not looking for a job)

Ladies and gentlemen the above is the reality facing most young entrepreneurs in Kenya. I know you are still wondering what is the big deal is about that. The problem is the last answer. The lies and the pressure to fake it. If you are keen on the business stories on the Newspapers and blogs, you most definitely have read the stories of young men and women in business making millions of Shillings.

A reporter with deadline to meet decides to cover start-up X, but the story will only make sense to the editor if the start-up is doing quite well. And the measure for doing well is the amount of money the start-up can claim to be making. Note that the reporter will ask the money question honestly, but would make the mistake of not verifying the numbers or figures given. For Start-ups in their quest to show the world that they are doing well, the norm is to exaggerate the numbers, be it the money thing, the website traffics, the number of app downloads, and even the number of employees.

By the way this is not limited to tech start-ups alone, I have seen all sort of figures being quoted by newspapers from the other sectors.

SEE ALSO: Yomi Adegboye: Why are so many tech startups faking it?

Take the story which recently appeared on Business Daily

Heshan de Silva is the founder of VenCap Kenya which invests in business ideas across 15 different sectors in East Africa ranging from roads, robotics and to the hospitality sector.

Initially the company which is founded by two New York hedge funds each at a cost of $1 billion uses a logarithm it formulated to pick the ideas which it will invest in. Entrepreneurs need not have business plans just to pitch their ideas to the company.

Based on the individual, the business idea, the market in which the idea involves and the costs to venture into the market, a panel decides whether or not to turn the idea into a business.

“Our fund never takes more than 40 per cent of an idea that we finance because we seek to form partnerships with the owners. The financing is our own and is basically debt free,” he added.

By the close of the year the company will have invested in about 24,000 business ideas from within the East Africa, some containing similar ideas which are merged in order to make them more viable businesses. Their investment in each of the companies ranges between $10,000 and $20,000 dependent on the nature of the business idea and the implementation strategy.

The Hire: A Startup Founder’s Guide

As I have indicated above, this problem is due to the pressure from the society but the reporters/bloggers ought to do better. One can’t claim to be having X billion and you take it as the gospel truth. You need to at least ask some follow up questions.

I know Kenyan tech writers want the Kenyan start-ups to succeed and hence the collective need to protect them. But we have to realize that this is already breeding a bigger problem. At the pitching events like DEMO Africa, Pivot East, start-ups give questionable figures (stats). Most investors are not from around here and hence they would take what they see or hear at such event as it is. Of course, they would do the background checks but as we all know these days, Google is the mother of all the checks. Meaning the stories written about such start-ups are their source for verification. And that is how to get involved in a collective lies.

I think it is time the writers redefine what constitute success and coolness in the business cycle. The obsession, with the amount of money people make is misleading at all levels. Successful entrepreneurs are out there to save, change, remake or redesign the world. In the process they make lots of money. Mpesa for example is changing lives across the country…the amount of money Vodafone/Safaricom get from it is secondary to the real story. Equity Bank changed the perception about banking in Kenya and in the process they have won so many awards, the amount of money they made in between is not the story.

So dear writers, reporters, journalists, bloggers…..it is time to help the industry grow based on a better and honest foundation. 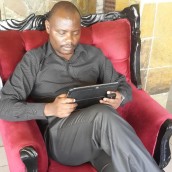 Where are Nigerian Tech’s “Traitorous Eight”?