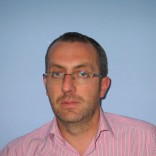 In 2008, I took my wife and five-year-old son to India to live on the beach for a year. From my London base and my London job, it was clear that a storm was coming and that the upcoming recession was going to be brutal. I was vulnerable as a reasonably well paid business development guy, so it was time to run.

The rest is history. The Western world fell apart, but from my house on the Arabian Sea the only problems were whether to drink sugar cane juice from the blue cart on the corner or to ride a bike into town for banana/strawberry/orange juice mix.

It was a good life and it proved that, with a good internet connection, that anybody could work anywhere and that was in India where 2G didn’t work that well, let alone 3G. So, we decided to stay for another year and I became a villain in two big Bollywood movies and continued to live the good life.

However, as the summer of 2010 began it was time to make a decision. Our son was seven years old, an important time, and even going to the beach every day was becoming a little boring. So, my wife and I made a deal. We would go back home early if I could go and see England play Germany in the World Cup in Johannesburg.

The plan was to fly to Addis Ababa, meet a friend there, spend a couple of days together in Ethiopia and then fly down to the game. It was perfect.

Unfortunately, I became sick when completing some filming in Mumbai and on arrival in Addis, was very ill indeed. I found a cheap hotel and stayed in bed for four days, unable to move while vomiting and convulsive.

When I finally surfaced, I did what every traveler does when they’re in a new town and headed for the railway station to see what was going on. Not a lot on the railways, the line from Addis to the Gulf of Aden was abandoned, but the coffee was good, World Cup games were being shown on TV and the beer was even better.

By the time my friend had arrived from London, I had been to see the source of the Nile and I was utterly bewitched by Ethiopia. I am as white as any English rose, but after seeing the skeleton of Lucy in the National Museum of Ethiopia, I was convinced that this was my real homeland; this was where the first man and woman were born.

When I told my friend that I wasn’t coming to watch the England game and was going to stay in Ethiopia, he took it like a man and we spend two days drinking a strange drink called Tej and doing things like breaking into the National Stadium and doing a lap of the steeplechase course.

After that, I found out about a place called Somaliland, previously a UK protectorate known as British Somaliland, which in 1960 became the first post-independent African country to transfer power from the military to civilians. It declared independence from Somalia in 1991 and is an unrecognised country according to the rest of the world.

I changed money on the black market and caught buses across the country until finally crossing the (weird) border into Somaliland. I had run out of money, but after getting past the many checkpoints and into the capital, Hargesia, I found the Oriental Hotel where the Wi-Fi was better than any hotel in India and the people as amazing as any I’d ever met.

What was even more impressive was the telephony and the international money transfer service known as Dahaabshill. When I was in Hargesia, money was wired to me from London with no difficulty and in less than 30 minutes. The four operators (at the time) were all competitive and the prices for making and receiving calls were the cheapest in Africa.

From Hargesia, I had to hire a soldier for a couple of days to allegedly protect me from bandits as the taxi drove out to Berbera on the Red Sea. During the time I was there, a general election happened that was democratic, the Government changed, not a shot was fired and the press was relatively free compared to surrounding countries, not least Eritrea.

Since that trip in 2010, I have focused my writing and my energies on Africa and witnessing at first hand in other cities such as Nairobi, Lagos, Cairo and Accra the amazing things that are happening on this continent. Ethiopia and Somaliland were the first countries that opened my eyes to what was happening in Africa.

Somewhat unfortunately, that’s exactly what the German football team did to England in Johannesburg when they slaughtered us 4-1. Thank God I decided to stay in Ethiopia. 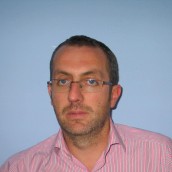