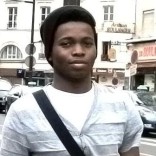 Tech Entrepreneur with a #LeanStartup DNA.

I call it magic because it always feels fascinating to discover insights while exploring this new approach in thinking about expending resources – time, money and efforts; these thought patterns opens up a dimension that one could easily be oblivious of.

The magical effect is even more pronounced in situations when the whole concept is changing the strategies of entrepreneurs; starters and veterans.

No doubts, the Lean Startup method has saved people time and money.

Is it the young entrepreneur who has had several skype chats with programmers abroad towards developing a new product and was soon going to commit about 300K Nigerian Naira to the project, until the idea was invalidated at the last Lean Startup Machine workshop in Lagos?
Or the two business partners I met recently who were going all out to pursue a worthy idea but based core parts of the idea on assumptions, until the magic of Lean Startup showed light.

Lean Startup brings a scientific approach to subject of entrepreneurship and I think it is the best thing that has happened to the subject. Now we are in better control of the outcomes.

While it may seem magical, the lean startup method on the contrary, is no magic.

Consider this simple illustration often used by Eric Ries. Imagine you have to carry out a task that has smaller repetitive tasks, such as sending 100 letters to 100 people. The smaller tasks are: folding the letter, putting it into an envelope, sealing it and posting it. To get this done in the shortest possible time, our brains are wired to think that carrying out the task in a large batch i.e folding all 100 letters – putting them into the envelopes and sealing all 100, before having all 100 enveloped letters posted at once in one batch, is faster. That just feels like the right way to do this and should save time.. we think.

But from empirical proofs, it is discovered that carrying out the smaller tasks in one single flow till the letter is posted is faster and more efficient i.e posting each letter one by one is faster – sounds unbelievable.

However, it was found out that the time was wasted in managing inventory for all sets of 100 steps in the large batch method.

Leaving the question of which method is faster, it so makes sense to me, putting this in a startup context – what if after posting all 100 letters, you find out that the letters were delivered to a similar but wrong address (target market) or the recipients would not be available at that time to receive the letter or the recipients don’t want the letter at all?

This would only be realized after all 100 letters have been sent. Waste!

That, versus sending the letters one by one and getting feedback on whether the letter got delivered successfully. Should it fail, not much would be lost, only the cost of sending one. Makes sense?

This is what the #leanstartup stands for. Executing in smaller batches with feedback on each batch to be passed on to the next batch and so it goes.

Big companies can do lean too

The World has changed and is still changing or how else can you explain GE, a company that has outlived its founders by over a century, choose to think like startups, and with rapid prototyping technologies, the cost of starting for hardware startups is being brought low. We can now have more hardware startups develop in smaller batches.

In these times of high uncertainty, applying the Lean startup process, especially in ideation stage is the best option for anyone looking to go into entrepreneurship, and by the way, there is also a lean practice for enterprise, should you strongly think this is restricted to startups or new products.

Beyond buzz word, the Lean Startup knowledge has proven to be very valuable among successful tech entrepreneurs, some of which have practiced some of its principles in the past without knowing; but thanks to it being codified by Steve, Eric, Ash and other lean heroes, we all can account for what way works in building successful businesses and a lot more other things.

Being successful while applying the Lean Startup Process to your business idea goes beyond knowing or reading about it. The juice is in doing it, running experiments and getting out of the building to validate/invalidate your business assumptions and hypothesis. It’s no easy task, but you can get started with developing lean startup skills in days at the next Lean Startup Machine Workshop in Lagos. Tell a friend.

Lean Startup Machine is a hands-on workshop that teaches entrepreneurs and innovators to start their own companies using Lean Startup methodologies. The workshop is based on framework and principles based on the book by Eric Ries called ‘The Lean Startup’,

In 3 days, participants acquire skills needed to identify, test, and eliminate the barriers to a viable business model. With focus on validation and fail fast succeed faster, our attendee’s progress more in 3 days than most others do in 6 months. Lean Startup Machine has held 125 workshops in 40 cities, across 6 continents, for over 7650 entrepreneurs around the world.

This post was first published on Ayo Dawodu’s LinkedIn Posts. 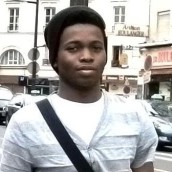 Tech Entrepreneur with a #LeanStartup DNA.

Get Ready To Be Inspired: Lagos Startup Week Is Back

FastOrNot Lets You Make Informed Decision About Your ISPs