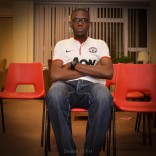 It’s no news of course that Nigeria is a messy and difficult place to do business. Nevertheless fortune will always favour the brave with spectacular rewards. So I am going to be doing some posts on ways to ‘hack’ some specific problems in Nigeria, with a technology bias in the solutions.

Ideas are worth around 2 pence without execution. So if you think you can execute these ideas and you need someone to bounce ideas off, I am happy to do that for small equity!

The first problem is something I saw in the papers a few days ago. Let me quote the relevant bits:

Mallam Idris Abdulrahman, who intended to travel to Kano, told NAN that sale of tickets on the day of the travel caused delays and put much pressure on commuters. He said that the delay at Ido would negatively affect the take off time at the other train stations such as Agege, Lagos and Ijoko in Ogun.

“Booking will enable the management to properly plan for us,” he said. Abdulrahman told NAN that many passengers had lost their valuables or got injured while rushing to buy tickets. Madam Alimotu Onigbanjo, who was waiting for a train to Ilorin, appealed to the corporation to introduce advance reservation without delay.

“The NRC management knows how things obtain in the advanced world; why can’t we adopt the same system here? “That is why you hardly see the elite joining train’’ Onigbanjo said. A student, Mr Sunday Okoroafor, who was to travel to Kano to resume studies, said that the NRC should begin online booking.

“The world is advancing daily; advance ticketing will remove stress from both passengers and the corporation’s workers,’’ Okoroafor said.

A lot of noise has been made by the present administration about train services coming back to life. Right now though, the thing is still an unholy mess and it’s causing passengers to desert the service as reported by The Vanguard recently (although freight services are still going strong).

There’s a straightforward problem to be solved here – simply organise the chaos in a way that makes it possible for commuters to get their tickets without too much stress. Indeed, touts, who have to live by their wits, are already taking advantage of this mess (by creating even more confusion for a profit) as reported by the same Vanguard a year ago:

As a result of the huge crowd, the ticket queue stretched past the ticketing office and those who could not wait or struggle in the line had to patronise the touts, paying additional N50 or N100 on the original cost to get a ticket for the ride.

Investigations revealed that the Lagos to Kano ticket that cost N1,950 became N2,000 in the hands of the touts who had smooth access to the ticketing office. The touts did not have to get into the ticket line

We already have Bus and Oya catering to the long distance bus travel market. Railway doesn’t look like fun now, but I imagine it can’t get much worse (even though this, of course, is Nigeria). Given how bad things are and the pent-up demand for safe long distance travel, if the services improve even marginally, demand will also increase by several factors.

I reckon there are two ways this problem can be solved:

The final piece of the jigsaw puzzle will be to figure out the most efficient way to get the tickets to customers painlessly as possible. For example, people might buy the tickets in advance from your website and then you have a guy in uniform in an office near the station where they can go and present a text message or whatever and pick up their tickets; avoiding the chaos at the station itself.

SEE ALSO: The house Ile-Ife built: Jobberman founders share the lessons their startup has taught them

This is something I have been thinking about for a minute. A 50kg bag of cement in Nigeria costs between N1,650 and N1,800 I understand. Now, I can’t find the link again anywhere but I am sure I read Aliko Dangote say during the whole ‘cement glut’ episode that factory prices (I think at Obajana) were around N800 per 50kg bag.

Nigeria is an interesting country – there is a cabal trying to dislodge the current cement cabal. They are called (no kidding) New Entrants Into Cement Production and of course they have a Chairman, a certain David Iweta. Anyway last year he was quoted as follows:

Iweta sees no reason why a bag of 50kg bag of cement should be sold above N800, since local manufacturers are using lime stones, which are sourced locally, as raw materials.

Besides, he notes that labour is available and cheap. He says, “I believe it is exploitation for Nigerians to pay above N800 for a 50kg bag of cement as retail price. Let them reduce it to N700 and see how the commodity will disappear from the market.”

Also, Iweta does not see wisdom in selling imported and locally produced cement at the same price. According to him, an importer pays $100 on cost and freight  per metric tonne of cement. He says the locally produced cement should be cheaper than the imported variety because the latter attracts duty and 35 per cent levy, which is another $35 per tonne.

“The local manufacturers do not pay these levies. So, their prices should be cheaper. Imported cement sells within the same price range as the locally-produced ones. This should not be,” Iweta stresses.

If indeed you can get cement direct from Dangote at N800, then there is definitely some profit to be made from making the process more efficient. I spoke to a couple of people and some of the costs currently include

There are probably more but somewhere in those three costs is a decent chunk of the gap between factory gate prices and what consumers end up paying, plus the distributors profits of course.

So what if you could eliminate some or all of those costs and deliver cement to buyers for less than the current N1,800? Here’s what I am thinking:

Nothing new here of course, it’s simply designing a way of cutting out the middleman and costs in the supply of a product. The challenge will be developing a system to aggregate those orders. There will be a lot of legwork involved in going around, convincing and signing up the little guys who regularly buy cement from distributors. Hey, you can even hide from view near a major distributor and watch as people come and go with their cement. This might be a way to get customers. But don’t let them catch you sha.

One final thing – payment. Do you collect money in advance or on delivery? This is a headache and I am not sure the best way to approach it. People won’t be keen on paying in advance especially if you are a new business. If you operate a payment on delivery, you need to finance the purchase yourself with the risk that someone who ordered wont turn up to pay for their cement.

So a solution might be to collect say 15% of the order upfront and finance the rest. Non-refundable of course.

That’s it for this edition of #Hacks. Where am I being naive? What have I missed? Or perhaps someone is already doing one or both of these. Nevertheless, accidents where birds fly into each other due to lack of airspace are almost unheard of (translated directly from a Yoruba proverb). I might also know people who have some coins to back people who can execute such ideas.

On this occasion, I have chosen not to charge people to comment on this post. Have at it. 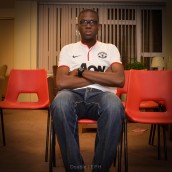