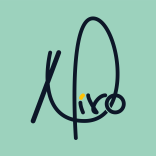 As the Social Media Week returns to Lagos from February 22-27, 2015, we thought to share one African startup that seem to be putting the social in online business. Braintem is a social networking that is pro-business developed by a team led by Nigerian Developer Dave Ozoalor. The platform has amassed over 100,000 member sign ups since its launch in 2011.

Braintem makes it possible for its users mentally create ideas, write it down on the social network and get it sold to other users or non-registered members.  It provides a diary-like platform that helps users update their status into custom categories they have created.

The status updates can be sold as-is or several status updates can be compiled into a book with the click of a button and sold as a series. Users can keep updating their ‘book’ while its already on the market up for sale. This means that the buyers are essentially subscribing to the post series with the ability to download it all.

Braintem is plug and play, and soon as a user is registered a financial account is automatically created for the user , credit card acceptance and all e-commerce features are added to the users account too. This means that soon as the user writes their first post and mark it as up for sale, they do not have to do anything else. Buyers and subscribers make payments on Braintem via verve/master and visa cards, while sellers receive their money via direct bank transfer.

It is important to note that only about 5% of Braintem users are actively selling, the rest just use it as a junkyard for their thoughts. Most people want to build up a series before thinking of a commercial value. Some don’t just have the interest to write or sell, they just browse around , read, comment, chat privately and connect with people of like interests.

Many Nigerians are embracing the Braintem concept on a daily basis and a projected growth to reach a million users in the next 2 years is on the table. Interestingly investors already have their eyes on Braintem with a $4m funding deal currently being negotiated and may materialise in the last quarter of 2015. 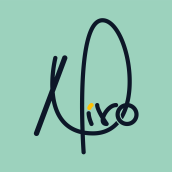