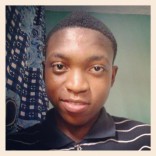 It is no longer news that the name of the much touted Android N has been revealed by Google and it is known as Nougat as against Nutella which happened to be the front runner.

Nougat (pronounced NOO’gaa or NUG’gat) is a family of confections made with sugar or honey, roasted nuts, whipped egg whites, and sometimes chopped candied fruit. The consistency of nougat is chewy, and it is used in a variety of candy bars and chocolates, according to Wikipedia.

Android Nougat is version 7 of the most popular mobile OS in the world with over 60% of the market and about 1.5 billion users worldwide.

All You Need To Know About Google’s New Devices

BlackBerry Priv Is What You Want